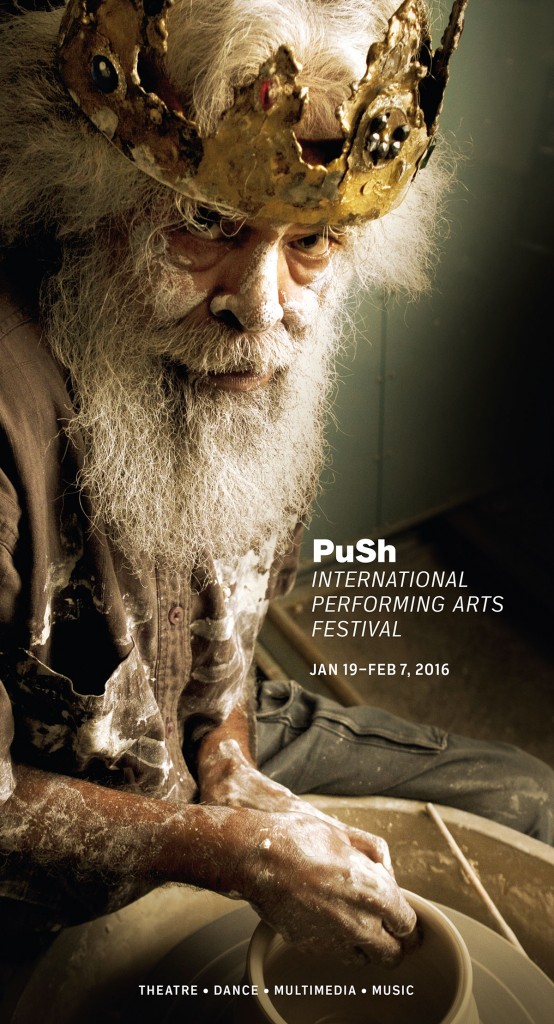 PuSh International Performing Arts Festival is one of Vancouver’s premier events, bringing world-class live performing arts to the City for three weeks each January. The 2016 Festival runs January 19 – February 7, in locations and venues all around Vancouver.

Since its humble beginnings in 2003, PuSh Festival has been bringing together acclaimed international, Canadian and local artists to showcase their cutting-edge, creative works that stimulate and inspire each other as well as audiences. Now a well established part of the Vancouver’s winter, PuSh Festival brings light and excitement to the season, giving a good excuse to get out of the house.
Find intimate stage works, dance troupes from around the world, musical performances that stimulate your senses, then head to Club PuSh events at Fox Cabaret for the social hub of the festival with late night DJ, Dancing and mingling.
Concurrently, PuSh Assembly offers audiences a chance to interact with performers and insiders with series of panels, while the Film Series offers Free Films to compliment the live performing arts.

Visit pushfestival.ca to explore all that PuSh Festival has to offer during the three weeks or pick up a PuSh Festival Guide in one of the Helijet Terminals and start planning your Festival experience now.  Tickets are on sale now.

Helijet is proud to be a supporter of PuSh International Performing Arts Festival, to make the most of your Festival experience Vancouver Island visitors with PuSh Festival tickets can receive 10% off their Full Fare travel between Nanaimo and Vancouver or Victoria and Vancouver.  Book your flights using the Coupon Code Push16 and show your  ticket confirmation at check-in.