Helijet International and the Pacific Salmon Foundation (PSF) are pleased to announce a new partnership that will generate donations to help PSF fund wild salmon restoration projects in the Strait of Georgia and on Vancouver Island. 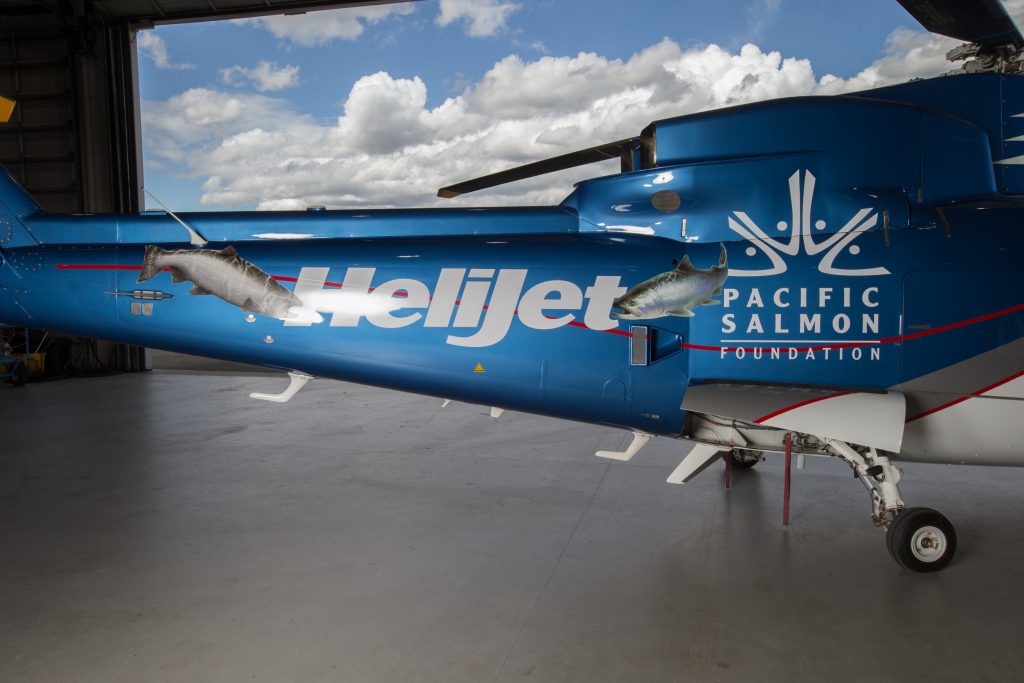 “Helijet has been a proud supporter of PSF for the last 15 years,” said Danny Sitnam, president and CEO of Helijet. “Like many other British Columbians, we depend on the beauty and natural resources of BC’s coast for the longevity of our business, which is linked to the success of our fishing lodge clients and the satisfaction of their guests. If we don’t do our part to help protect salmon stocks and our West Coast environment, it will impact all of us. Our company benefits from the recreational fishing sector, but doing our part to help maintain the overall well-being of coastal B.C. is also the right thing to do.”

The partnership will generate an annual donation based on the number of one-way flights sold on Helijet’s scheduled passenger service routes between Vancouver and Nanaimo harbours. The program could see annual donations reach as much as $24,000 per year.

“Helijet has sponsored PSF’s fundraising dinners for well over a decade,” said Michael Meneer, executive vice president of PSF. “We were thrilled when Helijet president Danny Sitnam said that they wanted to step up their commitment. The result is this unique partnership that will raise money for Pacific salmon, and help us significantly reduce costs, by donating chopper time to our Chinook restoration program in Rivers Inlet, BC with the Wuikinuxv First Nation.” 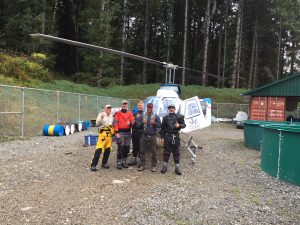 Helijet donated a helicopter and pilot, Chris Waymouth (second from right) for a Chinook salmon egg-take in Rivers Inlet.

This September, Helijet donated a helicopter and pilot for an egg-take on the Chuckwalla and Kilbella rivers in Rivers Inlet (see attached photo). Eggs and milt were collected from returning Chinook in both rivers and flown to the Percy Walkus Hatchery also in Rivers Inlet. The fertilized eggs will become approximately 130,000 salmon fry that will be released back into the rivers to enhance those stocks. The rivers were identified as a top priority by a steering committee dedicated to Rivers Inlet recovery.

“As a life-long advocate of environmental stewardship, with a passion for salmon conservation, it’s inspiring to see a company like Helijet support projects that contribute to the restoration of our wild salmon population,” said Rick Hansen, Founder and CEO of the Rick Hansen Foundation.

“Being a founding member of the Rivers Inlet Salmon Initiative, I know how vital it is to champion the recovery of wild salmon stocks on BC’s West Coast. When our wild salmon population is sustained, we ensure a legacy of a healthy planet for future generations.”
The Rivers Inlet Salmon Initiative is a partnered effort comprised of the Wuikinuxv First Nation, Duncanby Lodge, Good Hope Cannery and other local lodge owners, Fisheries and Oceans Canada, the Rick Hansen Foundation, PSF and independent scientists.

To help spread awareness of PSF’s work, the PSF logo will be emblazoned on Helijet’s fleet of courtesy vehicles and on a brand-new Sikorsky S-76 helicopter. 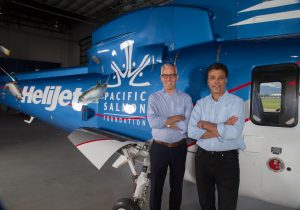 “Apart from the importance of raising funds, this is also a great opportunity for PSF to generate awareness among potential new donors and supporters,” Sitnam added. “Many of our customers who fly between Vancouver and Vancouver Island are anglers or government workers who are uniquely positioned to make a difference for salmon.”