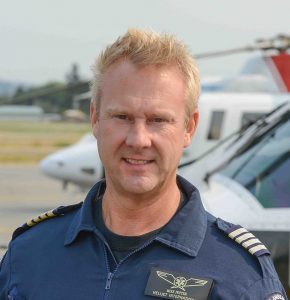 As Chief Pilot-Rotary Wing, Michael Potter will report to the Director of Flight Operations and be responsible for the day-to-day management of flight training and operating standards for Helijet’s scheduled, air medical, and charter helicopter services. Michael is ideally suited to assume this leadership role at Helijet, having flown with the Company from 1993 to 2003, and throughout 2010. For the past year and half, he has also served as a Captain (SK76) for Helijet, while continuing to work with Calgary-based STARS Air Ambulance, which he joined in 2006. Michael brings extensive knowledge and depth in NVIS flight operations as he has been involved with STARS’s NVIS program. 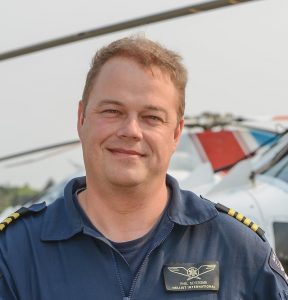 Reporting to the Chief Pilot-Rotary Wing, Helijet’s new Assistant Chief Pilot-Rotary Wing, Phil Sevensma, has over 20 years of experience as a Captain in air ambulance, offshore and other multi-engine, multi-crew operations. In addition to serving Helijet as a Company Pilot, Training Captain and Safety Officer, he has also served as a Pilot and Instructor for CHC Global, Chinook Helicopters, and Thai Aviation Services. His certifications include Canadian Airline Transport Pilot–Helicopter (Group 4 Instrument Rating, Night rating), and being endorsed on BH47, RH22, RH44, BH06 SK76, SK61 and AS332.

“We’re very pleased to announce the appointments of Michael Potter and Phil Sevensma,” said Helijet’s Director of Flight Operations, Brendan McCormick. “In addition to both being very experienced pilots, with more than 7,000 hours of rotary wing flight time each, they’ve also demonstrated an unwavering commitment to safety, knowledge sharing and professional development during their time at Helijet and other leading helicopter firms. It’s especially gratifying to make this addition to our leadership team from within our own ranks and it speaks volumes about our commitment to the ongoing professional development of our employees.”