Fly Like A Rock Star to Rock The Shores Festival 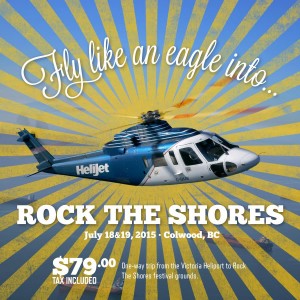 Have you ever wanted to live out your rock star fantasy of landing your helicopter backstage at a rock concert?

Now is your chance to make that fantasy a reality!

Rock The Shores and Helijet have teamed up to bring you the ultimate festival experience.  See headliners The Black Keys and Jane’s Addiction along with The Sheepdogs, Current Swell, 54-40 and more!

Fly from the downtown Victoria Heliport to the Rock The Shores festival grounds in Colwood, BC for only $79.00, one-way tax included.

The following flights are now available to be booked for both July 18th and 19th, 2015 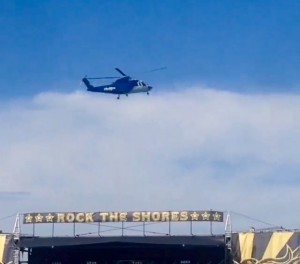