Contest: Take off with Helijet at HSBC Canada Sevens

Some of the world’s best rugby players are about to descend upon BC Place Stadium in Vancouver.  HSBC Rugby Sevens Series is making its Canadian debut March 12 and 13, 2016.

The sold out tournament will fill BC Place with nearly 60,000 boisterous rugby fans over the two day festival.

Are you coming to cheer on Team Canada?

To help you celebrate, no matter which team you cheer for, Helijet is offering a chance to win an amazing flight for a lucky general admission ticket holder.

During the Tourament, March 12 and 13, 2016, post your photos of you cheering on #CanadaSevens at BC Place and hashtag #helijet7s to be entered. 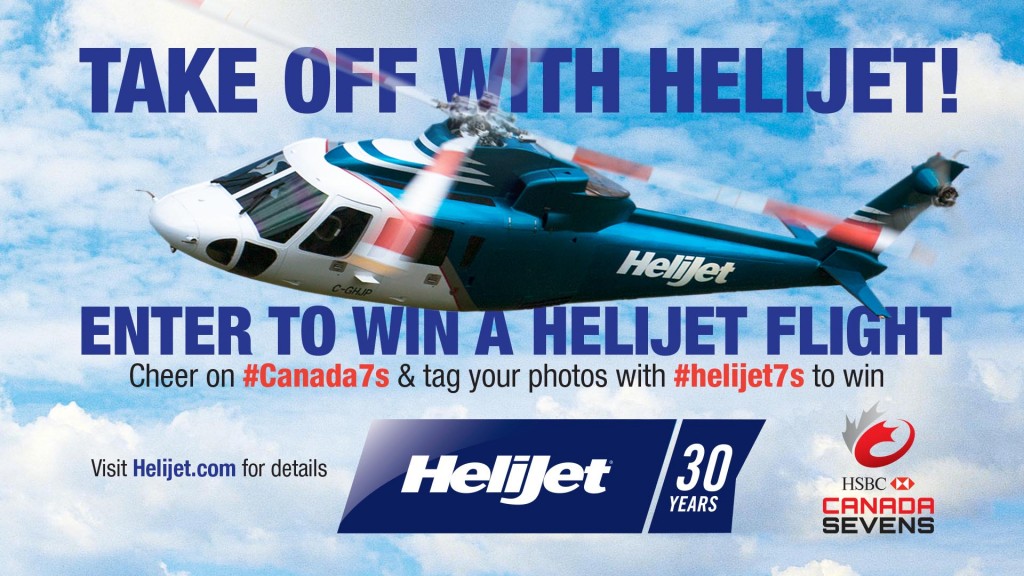 Odds of winning depend on number of entries received between 0900 March 12, 2016 and 1930 March 12, 2016.
Winner will be randomly selected from all #helijet7s entries on Monday March 14th  and they will be contacted via social media channel used with winning entry.

Winners must be 19 years of age and show proof of Platinum or GA Ticket to claim prize of Helijet flight (value $1200)for up to 5 people total, depending on route.  Flight must be completed by September 30, 2016.